On August 3rd, Marvell announced its planned acquisition of Innovium for $1.1B.  The addition has good synergies.  Innovium had several design wins in the hyperscaler segment and Marvell provides additional scale, desire to expand custom, semi-custom, and merchant networking offerings in the Cloud.  While the deal is pending regulatoriy approval with a planned close date by the end of 2021, we do not see any impediments to the deal closing or being delayed.

We have been tracking merchant silicon performance for over four years and for the entire 12.8 Tbps sampling and production curve and see many positives to this deal. The current state of 12.8 Tbps in 2021 remains the tale of two sets of customers.  Over 1M ports of 400 Gbps a quarter ship into three hyperscalers in each quarter already.

These customers use a mix of copper and fiber, and Innovium’s market share is impressive as a challenger to Broadcom.  The rest of the market is mainly in trials, delayed by COVID-19 and multiple semiconductor shortages.  As the market moves to mainstream 12.8 Tbps adoption, those three hyperscalers will move to 25.6 Tbps, a chip that Innvoium is currently sampling.

This market dynamic creates an opportunity for Marvell.  Not only are there synergies, but Marvell obtains a more substantial portfolio for what lies ahead in networking (chiplets, onboard optics, and silicon photonics) and back-to-back opportunities to win ASIC share.  Marvell’s recent product announcements and Inphi acquisition highlight several go-to-market opportunities and new scale as a data center supplier that Innovium can now participate in.

650 Group’s early hyperscaler executive leadership interviews indicate positive feedback regarding  the announced deal.  While this is a consolidation amongst ASIC suppliers, we view the long-term state of Marvell with Innovium as leading to more OEM/ODM ASIC choices and increased innovation and R&D for this market.  The deal paves the way for the market to be more robust when we discuss 51.2 Tbps which is not that far out.  It’s important to note that the future state of data center switching involves significant innovation and increasing importance inside the data center.  Ethernet switches will be critical to deploying AI/ML and other future workload technologies to move beyond plumbing to a key interconnect technology.

Turning to vendors, we see an increased interest in using ASICs as a way to differentiate product offerings, and our OEM/ODM interviews indicate a similarly positive view of this announcement. Product launches in 1H21 were slow as vendors took a conservative approach to launch new products and not ship.  We view the timing as suitable for OEM/ODM as they look to early 2022 for new product launches.

We look forward to learning more when the deal closes and during Marvell’s analyst day later this year. 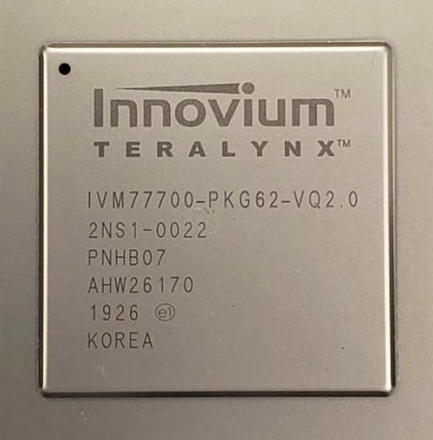