And then there were 10 (RAN VEndors) 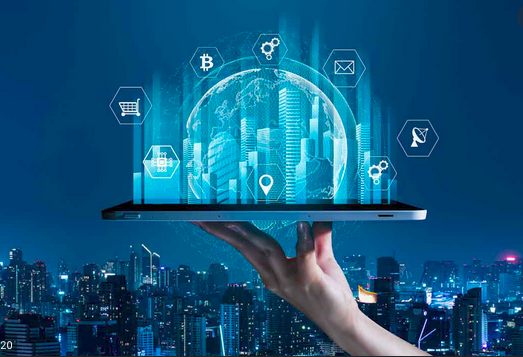 Before the consolidation in the Mobile Radio Access Network (MRAN) market that occurred in the past decade during Huawei’s ascendancy, there were a dozen major RAN vendors.  They included Motorola, Lucent, Alcatel, Siemens, Nokia, Ericsson, NEC, Fujitsu, Samsung, Nortel, Huawei and ZTE, and they hailed from the US, France, Germany, Finland, Sweden, Japan, Korea, Canada and China.

As Huawei entered the market, using a price aggressor strategy, it catalyzed mergers, resulting in the elimination of Motorola, Lucent, Alcatel, Siemens, Nortel, plus a reinforcement that led to the Japanese and Korean players to sell primarily to their home markets.  The result is that in many markets during recent years, there were only two vendors left, and that left operators with little choice but to look elsewhere.

The punchline is that going forward, due in part to Open RAN, and in part to the response of operators looking outside their traditional supplier base, we now have 10 RAN players who can bid on projects.  And there is a multiplier on top of the 10 players, because going forward,  operators can buy radio heads from different vendors than their primary RAN baseband vendor, essentially doubling the number of choices an operator has when making mobile RAN vendor decisions.

Here is how we arrive at the conclusion that there were only two players per major geography.  Just a couple years ago, the state of affairs was quite different; we had only Nokia, Ericsson, Huawei and ZTE as players, and last year, it became clear that in the US, only two major players were left.  In China, the same could be said, with Huawei and ZTE as main suppliers (Ericsson has won business there and Nokia ceded the market in 2019).  And in 2020, we’ve seen much of Europe and English-speaking Asia whittle down to two suppliers, as well.

And here is how the procurement teams at operators have much choice in the future.  The “Open RAN” vendors are now deemed viable given the success at Rakuten and the push by operators to demand Open RAN compliance, and these include Altiostar, Mavenir and Parallel Wireless.  Nokia and Ericsson are invited to most, if not all bids worldwide.

Huawei and ZTE are invited to many, but a declining number of bids in markets that are siding with the US viewpoint.  We saw a turning point in late 2018 when AT&T announced it will buy from Samsung, who has now gotten a strong foothold in both India and the US.  And, more recently, we have seen two Japanese players, NEC and Fujitsu, in some way filling in the void left by Huawei and ZTE’s woes in the US/China spat, as they get wins (Fujitsu recently won DISH) and get invited to bid (NEC and Fujitsu are being asked to bid on UK projects).  Add these up and we have Altiostar, Mavenir, Parallel Wireless, Nokia, Ericsson, Huawei, ZTE, Samsung, NEC, Fujitsu.

There are other factors at work that are adding to more RAN choices, as well.  Two such trends are Facebook’s efforts, ONF’s efforts and the variety of radio head vendors who are now viable with Open RAN/FB/ONF efforts.  Facebook has promoted projects such as Telecom Infra Project (TIP) that have many goals, including one that supports the goal of $1,000 radio heads (these cost much more from the major vendors).

The Open Network Foundation (ONF) supports projects such as SD-RAN and Aether.
Radios can be purchased from non-traditional sources, as well because with all three projects we have mentioned above (TIP, ONF SD-RAN and Open RAN), these allow radio purchases to be made separately from baseband purchases, literally doubling the choices that operators have when building out a roster of vendors.

The trends in mobile RAN have changed significantly.  Vendors with little to lose (startups and players entering new markets) are getting aggressive to grow their businesses.  Incumbent vendors are at risk, as their business practice of selling baseband and radio simultaneously to captive operators is coming to an end.  We may look back at this early 5G era and say there was a lot more to it than just the upgrade to 5G, and it begs the question, who will acquire whom to consolidate the market once again and get pricing under control.