We attended the Mobile World Congress last week in Barcelona along with an estimated 104,00 others from nearly every country in the world.  We met with over 42 companies and nearly 200 people at the show and attended many press announcements.  While most of the MWC19 headlines were about 5G, we were struck that much of the hyped growth will in fact be the result of deployments in enterprises and could be served using unlicensed (or lightly licensed) spectrum.  Many of the presentations and product announcements suggested as much, if you read between the lines.  We’ll step through these two, enterprise and unlicensed next.

The Enterprise opportunity.  A major theme we picked up at the Mobile World Congress show is simple:  that for the mobile telecom market to grow, 5G must expand to the enterprise.  We see ample evidence that without an expansion to the enterprise, the cellular market as we know it will likely experience declines as consumers expect more bandwidth for less in the future.  The 5G narrative at the MWC19 show was straightforward: German & Chinese robots, trucks and drones need 5G to unlock the potential for future growth.  There were robots, drones and trucks bleeping and whirring to make the point for visitors.  We wouldn’t argue with the contention that robots and very fast moving vehicles that are controlled remotely need very low latency; yet, there are so many use cases that don’t actually need such low latencies. 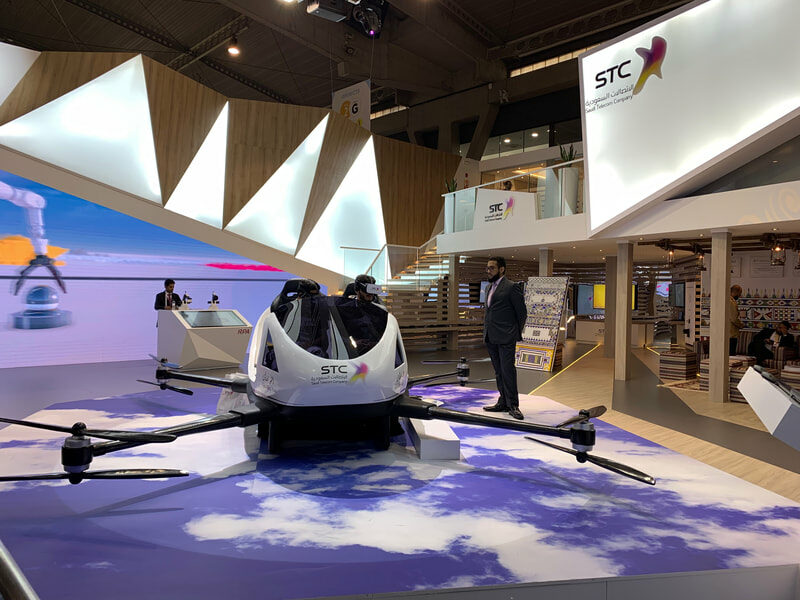 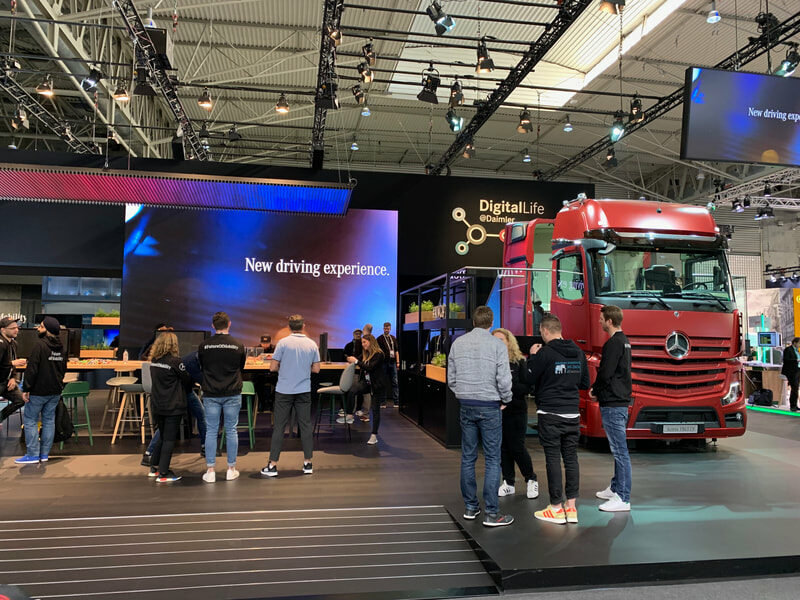 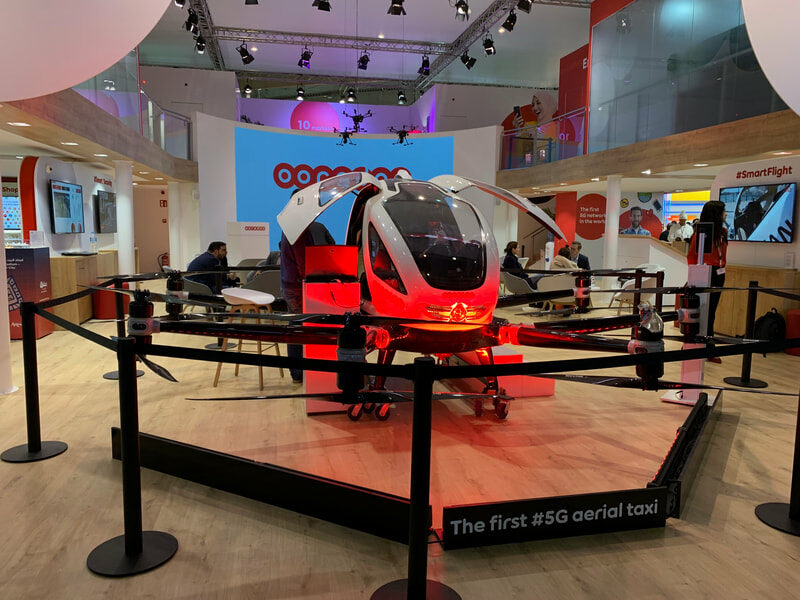 Wireless is just a small part of “Enterprise.”  Enterprise 5G use cases being presented at MWC, including the wirelessly controlled robot, involved far more than just a wireless connection to succeed.  To automate a workplace with robots, there is far more technology that has to be brought to market, including software, integration, wireline networking and the list goes on.  None of these capabilities have traditionally been delivered by telecom equipment vendors; they have been delivered by vendors who have served the enterprise market (examples would be Cisco, IBM, Oracle, etc.).

Unlicensed Opportunity is Robust.  In both the enterprise market and the outdoor market, unlicensed spectrum has tremendous potential.  This goes for a) WiFi, which is already immensely popular, b) for in-building ‘lightly licensed’ CBRS (a US-only market), c) the soon-to-be released 6 Ghz spectrum, as well as d) outdoor mid-band spectrum like 5 Ghz (already very popular), e) outdoor 60 Ghz (like the kind relating to the Facebook Terragraph project) and f) 900 Mhz LoRa. While each of these unlicensed (or lightly licensed) frequencies was discussed at the show, 5G licensed was so overwhelmingly promoted it was hard for these exciting unlicensed markets to get any airtime.  We think this lack coverage relatively speaking is a dis-service and we’ll touch on just a few of them in this post.

Wi-Fi isn’t going away.  Related to the enterprise 5G topic, we found points and counterpoints about 5G versus WiFi interesting.  Huawei’s Enterprise group issued a press release about its 802.11ax (WiFi-6) expectations and how important WiFi is for the enterprise market.  On the other hand, Huawei’s telecom group was pursuing a press agenda about partnering with Operators to pursue the 5G market.  Few companies on earth possess as broad a produt portfolio as Huawei, who has ample expertise, market share and credibility in both the mobile wireless market and the enterprise wireless market.  We felt this dual-message (5g AND WiFi) was well-balanced.  On the other hand, vendors and operators who have historically focused on cellular-only were pushing a “5G will displace WiFi” or at least a “5G is the only solution for mission critical enterprise” agenda.  We feel that 5G-only in the enterprise message is to broad-based; we think 5G in the enterprise is far more nuanced because: 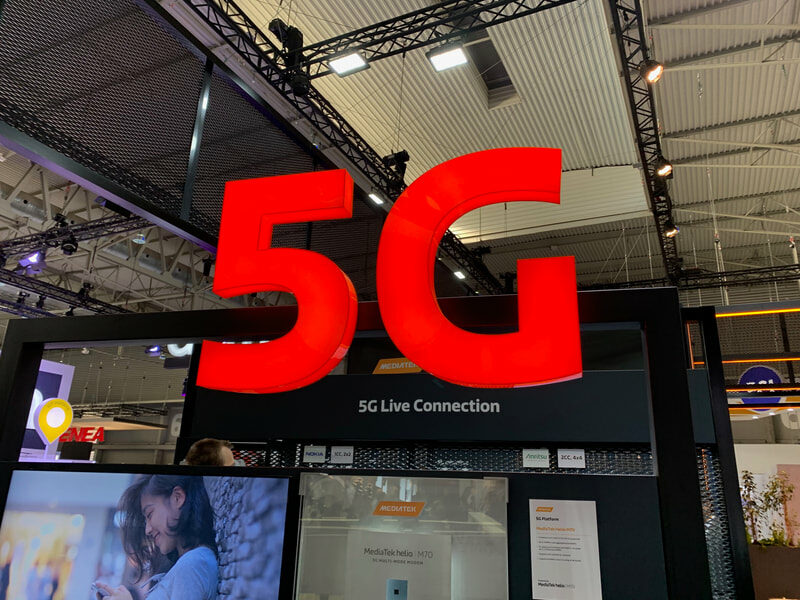 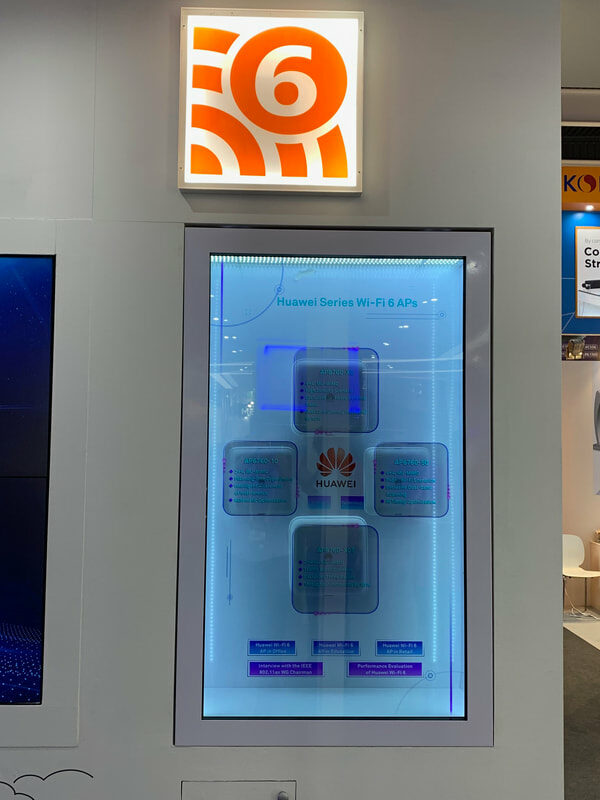 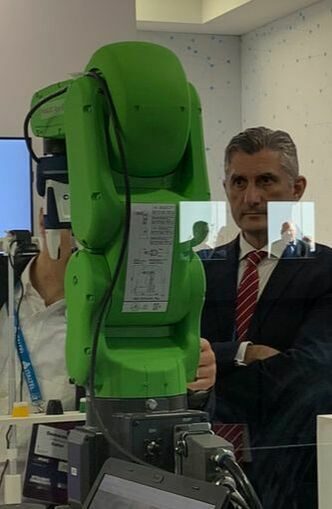 802.11ax/WiFi-6 is cellular-like.  802.11ax, which was launched commercially in 4Q18, incorporates many cellular-like capabilities.  Many of the technical merits debates presented at MWC compared older 802.11ac WiFi against LTE and 5G NR.  This is not a fair comparison because both 5G NR and 802.11ax actually began shipping commercially generally at the same time (4Q18 and 1Q19).

LTE will be the workhorse for many years.  Additionally, let’s consider the fact that many of the use-cases being discussed at MWC will initially be served by LTE, not 5G.  In the enterprise market, the use of LTE in unlicensed (or lightly licensed, like the US’s CBRS) bands is often called private LTE.  The main difference between unlicensed LTE and licensed LTE is that with unlicensed, the enterprise can work directly with enterprise-focused VARs, resllers, solutions providers and complementary equipment suppliers, while with licensed LTE, the enterprise will need to work directly with its local mobile service provider who owns the spectrum, likely ensuring that the operators becomes the prime integrator of the project, or at least part of it.  Private LTE will therefore have fewer parties involved (no operator), lower monthly costs (no operator) and will likely get the project to completion faster (fewer parties and a prime vendor/contractor/solutions-provider with expertise in the enterprise’s vertical market).  So, why not consider unlicensed/lightly-licensed LTE instead of licensed 5G to achieve the goals illustrated in many of the 5G use cases at MWC?

Where will WiFi lose out?  If it has wheels or wings on it, Wi-Fi is not your friend – look to cellular.

To conclude, yes, 5G will fit some very exciting use-cases, especially those for low-latency applications.  These are indeed exciting and deserve attention.  We see it this way for the wireless industry:  if the things involved have wheels or wings, or are of such high value that you must use cellular, there’s a good chance LTE will cut it.  And next, it makes sense to consider using unlicensed spectrum – which is just emerging as viable for many uses.